Two and a half months after finding out that I had won the Life’s Ultimate To-Do List contest with Hilton Garden Inn, I finally made it to Krakow. I get to spend Thanksgiving 2012 with my brother in the country that could have been our home, had World War II never happened. I feel pretty lucky to have this opportunity and to share it with him.

On Wednesday, I met my brother at JFK (he flew in from Detroit) to take our overnight flight to Frankfurt. We were the first passengers to board, going first class. Once you fly internationally on a first class flight, you will never want to fly economy. This is my third trip abroad, first being Israel in January 2011 and second being my Europe trip in December 2011/January 2012. Flights in both directions were long and without sleep due to little room to move and people sitting in front of me who decided to lean their seats all the way back. In first class, this problem does not exist. The person in front of you does not affect your journey in the least, and your seat can flatten almost entirely with 60 inches of extra room in front. It’s still not easy to sleep with jet engines loudly spinning outside, but it’s significantly more comfortable. 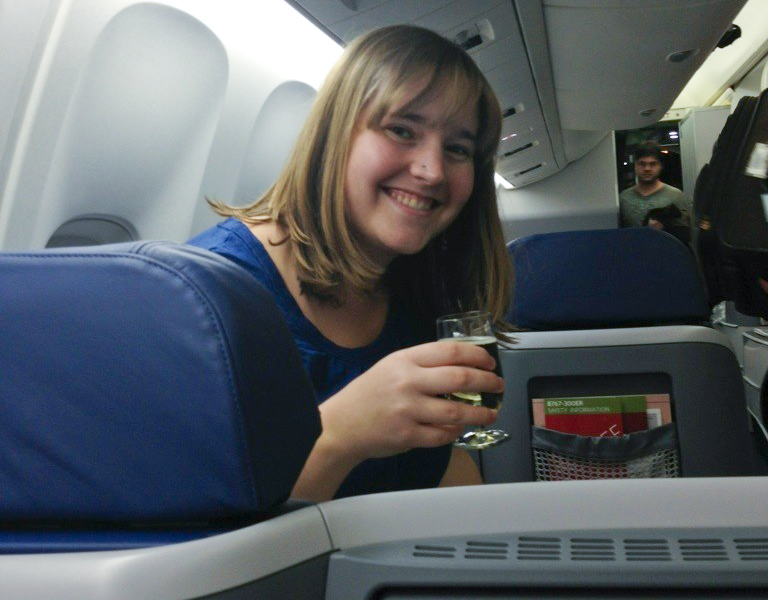 7 and a half hours of Delta bliss. We enjoyed four course meals and wine for dinner. It truly felt like we were flying in the 1950s instead of 2012 (minus the ability to smoke, thank goodness). Philip and I both sat at window seats, watching the sun rise over the United Kingdom and Brussels. It was truly a wonderful journey. END_OF_DOCUMENT_TOKEN_TO_BE_REPLACED

It was another bright and early day for NASA Social, with our arrival at the rocket gardens at 9AM. The theme of the day was saying goodbye, having the last few moments to explore Kennedy Space Center and then spend some serious time with the shuttle. This time, however, we were joined by several thousand more people.

I could droll on and on about the logistics, but really it was a day spent with the shuttle. One great moment before we got to Exploration Park (where we could see the shuttle being moved) was a special appearance by NASA Administrator Charlie Bolden. He came aboard the NASA Social bus to say “Hello!” and answer a few questions. END_OF_DOCUMENT_TOKEN_TO_BE_REPLACED

It’s hard to come back at the end of the day and remember all of the awesomeness that was NASA Social. Even harder will be breaking it down to a blog post that not only makes sense, but has some value to you, the reader. 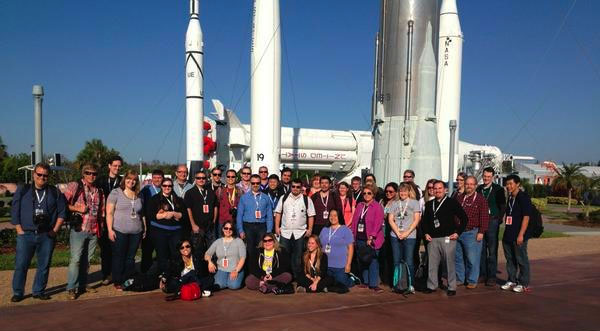 Warning: This WILL be full of geeking out and general nerdery.

At the start of the day, we introduced ourselves via Twitter handles, names, and an interesting fact. As last in the circle, my two stories had been told (the journey to Atlantis and the last shuttle launch). I declared that I am probably one of the luckiest people, and that I was so happy to be a part of a group of people as geeked about space, shuttles, and social media as I am. We quickly moved in towards the rocket garden for a group photo before we saw Kennedy Space Center, learned about NASA’s old and new programs, and had general nerd out sessions.

END_OF_DOCUMENT_TOKEN_TO_BE_REPLACED

I was going to write a blog post about the epic adventure that was yesterday’s Journey to Atlantis. But I decided, why not use the bits of data and writing that have already been created through social media.

Enjoy this storify of our trip.

END_OF_DOCUMENT_TOKEN_TO_BE_REPLACED

To say this weekend has been a doozy would definitely be an understatement. With Hurricane Sandy, I held little hope of being able to get out of NYC and to Orlando for my first NASA Social. My flight out of Laguardia was officially cancelled yesterday by 4:30PM, when they decided not to reopen it due to massive flooding. JetBlue eased the pain by writing a blog about the situation and sharing a few photos. 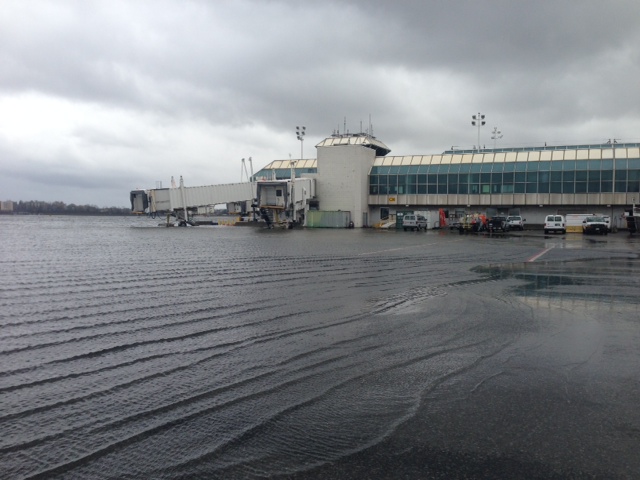 That looks like a place that no airplane wants to be. That being said, what’s a girl to do? No flights out of LGA, limited (and completely booked) flights out of JFK, and no busses out of the city to get to other airports in Philadelphia, Hartford, Boston, or Baltimore. END_OF_DOCUMENT_TOKEN_TO_BE_REPLACED

In 5 weeks, I will be heading on an emotional journey to discover my family’s past in Krakow, Poland.

How did this happen? I entered the Hilton Garden Inn Life’s Ultimate To-Do List contest. And I won one of 10 grand prizes: a trip for two to any city around the world including airfare, two nights in the hotel, and spending money.

My first reaction thought was, “Wait. I’m pretty sure real people do not win these competitions. Companies just want to gain information to market to you.” My next thought was, “Oh my god, I’m going to Poland. I’M GOING TO POLAND.” I may have started crying and spinning around in my chair at work from excitement. This was two months ago. END_OF_DOCUMENT_TOKEN_TO_BE_REPLACED