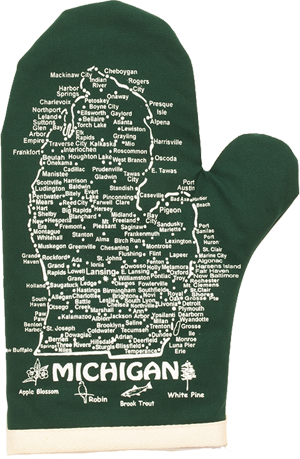 Two years, six months, and seventeen days ago I got off a plane at LaGuardia Airport with a backpack and two giant suitcases. I got in a taxi and we sped (well, probably no more than forty miles an hour, but you get the point) towards Brooklyn. I moved to New York less than two months after college, two weeks after returning from traveling abroad solo, to start my first job as Digital Marketing Associate at JCC Association.

After two years, six months, and three days as a working professional, I hugged my colleagues goodbye and took my cubical decorations and paperwork home. The very next day, I took my Michigan oven mitt and a three legged chanchitos figurine (thanks Alex, Sarah, and Tom) to my new job at WNET (also known as Channel Thirteen). I accepted a position as Associate Web Developer (sometimes in official paperwork known as Web Engineer), beginning the day after I left.

Over the past year, I had decided I really loved building for WordPress and wanted to focus on becoming a better developer. That being said, my resume still spoke volumes to my marketing and community management abilities, more than my technical skills. While I decided in the spring to start looking for a new position, I decided I would apply on both sides of my skill spectrum. I knew my next position would probably help steer the rest of my career, which was extraordinarily nerve wracking. I knew what I wanted, but I also knew that without a computer science degree or a host of previous developer roles I was at a huge disadvantage.

I did have one big advantage that few of my fellow developers have. As a professional writer, I learned how to communicate my skills not only with fellow nerds but to those who don’t really use computers beyond email and social media. Of course, I’d have to prove it by taking code tests and showing off a portfolio of work. But being able to talk about the choices I have made meant I could sell my skills as more than my resume alone could articulate.

When it came to my last few weeks, saying goodbye JCC Association was harder than I thought it would be. Although it was for my professional benefit, I don’t know that I’ll ever be on a team as great as the marketing department. Furthermore, I couldn’t have been luckier when it came to having a boss that wanted to see me succeed. I can’t thank Chris (my mentor, my friend) enough for all that he has done for me.

I’ve only been at WNET for four days, but I’ve already learned a lot. I got around to actually learning SCSS, which I had put off for a year. I really committed to Git (pun intended), this time with real work projects at stake instead of just freelance. I know that in the next few months I’ll be able to fit better into these shoes and be more confident in my title.

If I can do this and successfully transition into my new role, I know I can do anything. The future is calling, and it’s looking bright.