East Lansing Beer Rhetoricians may recognize me, but just in case: Oh hey there. My name is Alexandra (some call me Ali), and I am the Beer Rhetorics Evangelist. What does that mean exactly? Evangelists (according to the third definition on Merriam-Webster) are enthusiastic advocates for a brand/product/etc. Beer Rhetorics Evangelism is all about talking to people and spreading the love for our weekly meetups, beer, and rhetoric. I’m happy to be the first person in this position.

As a part of evangelism, I am responsible to reaching out to different venues and subsets of people. After multiple discussions over the summer, it was clear we were hankering for something more than what was being done. We wanted to take Beer Rhetorics on the road. Conveniently, an alumni of the Professional Writing program at MSU, Sarah Aldrich, happens to work as the Marketing Coordinator at one of our favorite Michiagn breweries: Founders Brewing Company, located in Grand Rapids. Thursday nights often feature a Red’s Rye PA or the classic Porter. We got to enjoy the beer in the brewery (rated 2nd in the world for 2011 by RateBeer.com) where it all happens.

We arrived at Founders on a crisp, Friday afternoon. After enjoying an early beer in the tap room, we were met by Sarah Aldrich… and none other than a founder of Founders (say that five times fast), Dave Engbers. Dave greeted us and proceeded to take us back to where all of the magic happens.

Founders Brewing Company was established by Dave Engbers and Mike Stevens in 1997, after they graduated from Hope College. They both loved brewing and had been home brewing for a number of years. When they started Founders, they were brewing “regular beers.” “We were just like every other craft brewery in Michigan,” said Dave. He recognized they weren’t necessarily doing anything super special, just brewing because they loved it. The market share was small and their backers didn’t feel like there was a lot of success. Realizing they were about to hit bankruptcy, Dave and Mike decided to go big… or go home. They brewed the first batch of Dirty Bastard… and their board thought it was their “goodbye” brew.

Alas, that would not be it for the tale of Founders. Dirty Bastard, a strong scotch ale, became an instant hit. People clamored for it loudly, and the signs were clear: Founders Brewing was back in business.

Dave continued to take us through the history of Founders, including the development of beers that are “complex, in-your-face ales, with huge aromatics, bigger body, and tons of flavor.” They regularly have the Dirty Bastard on tap along with the Centennial IPA, the Porter, and the Red’s Rye PA. They also have exciting seasonal beers, such as their famous Breakfast Stout (which smells of coffee and chocolate), Double Trouble, Cerise, and so many more. The tap room regularly features beers that aren’t bottled for the public and are being tested to their local fans.

Dave showed us the bottling center of their brewery, as well as the bourbon barrels that were aging Canadian Breakfast Stout. It was great to get an insight on how the process worked, as well as meet the people who were working behind the scenes. 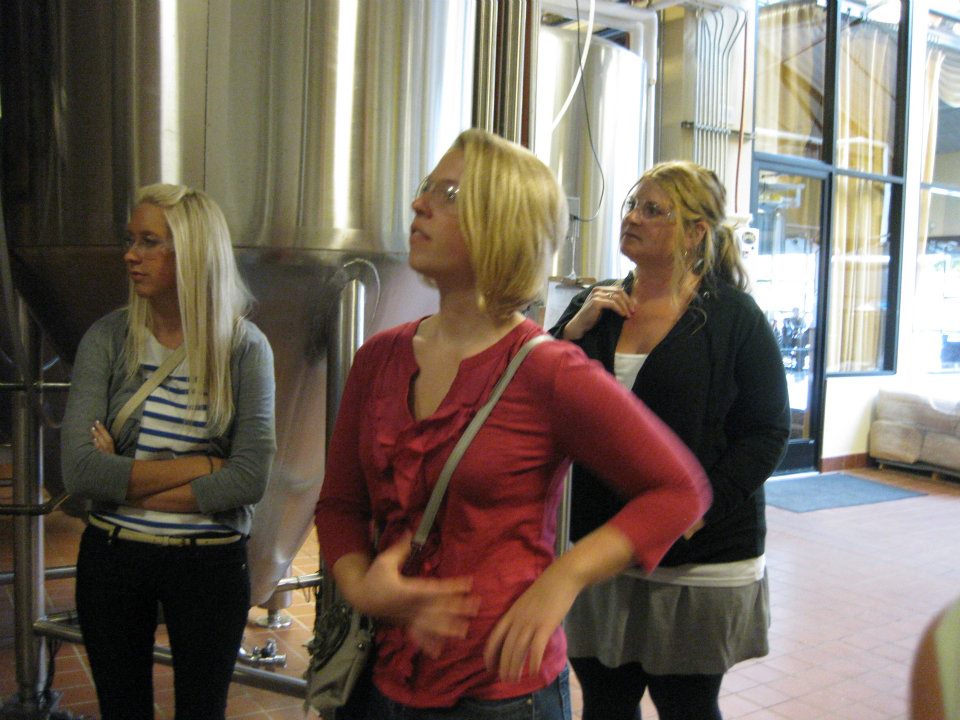 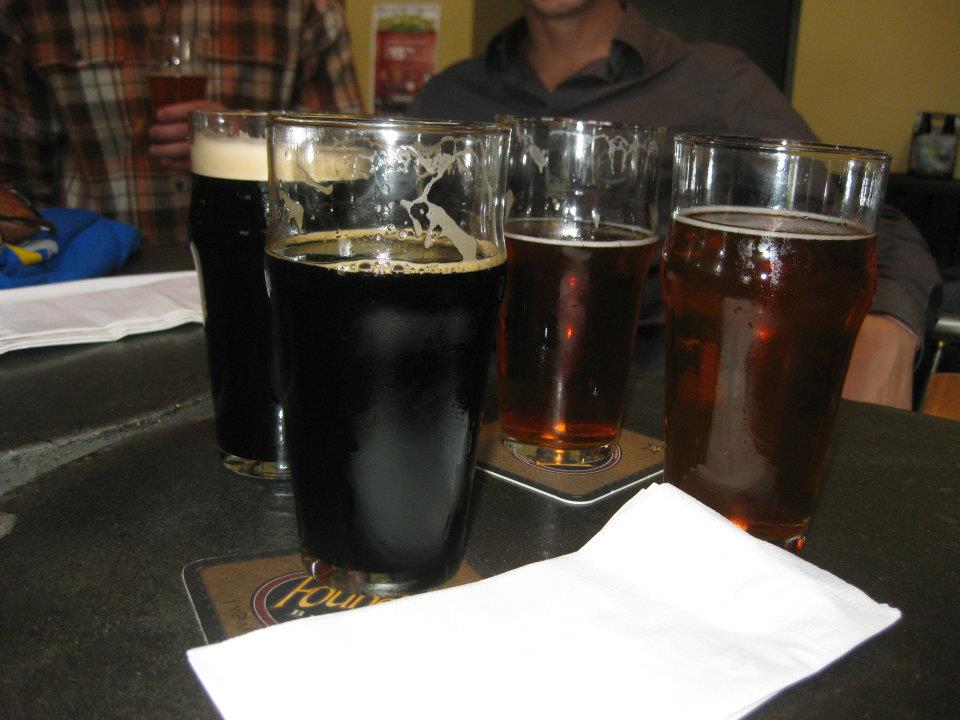 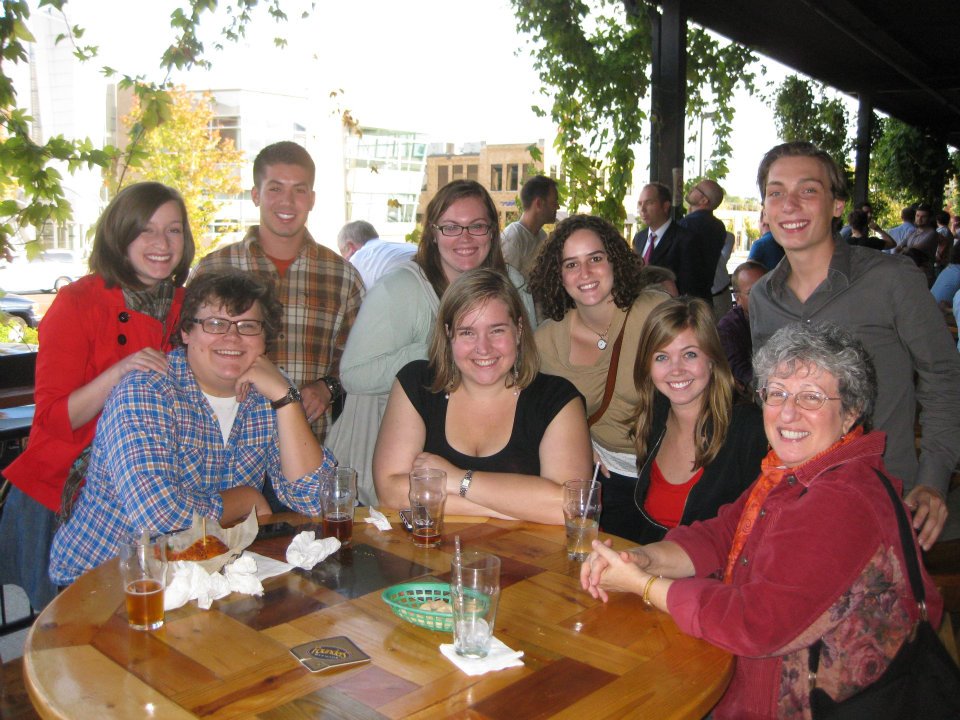 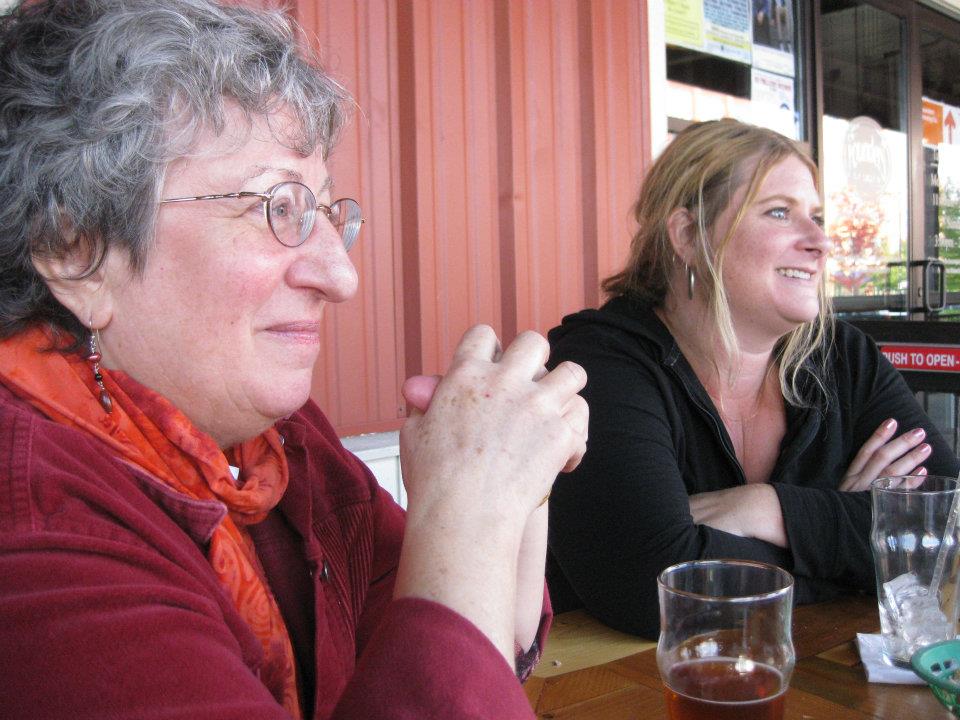 When Dave finished showing us the brewery, we got a tour of the offices by Sarah Aldrich. We saw where all of the big hitting decisions were made. All of this was, of course, followed by a long visit to the tap room, where we enjoyed a variety of different beers. The tap room was full of people (particularly bustling because it was, after all, happy hour). It was clearly a friendly place, where loyal visitors knew the bartenders’ names and sat comfortably side by side. The patio was open air, perfect for a September day. We instantly felt comfortable, as if we had been going to the Brewery every Friday afternoon for years. After all, Beer Rhetorics is not just about the history and passion for beer; it’s about making connections and communicating with one another. We learned a lot about brewing, the struggles of being a business, and the excitement of creative marketing that comes with such forward flavors. Even better: we spent time with each other, enriching our Beer Rhetorics community, beyond the walls of East Lansing’s usual hot spot.

I think I speak for the entire group when I say, we couldn’t have asked for a better way to spend a Friday afternoon. Oh, and we have the pictures to prove it. Hopefully, more field trips will be happening in the future to other local breweries. We encourage all of our offshoots to find places near them that are crafting beer for little excursions. We promise, it will be worth it.